As the fallout from Poker Black Friday continues, it’s been interesting to observe how this has impacted the online poker industry, both on poker sites that were targeted by the U.S. Department of Justice and the sites that (for now) are free from prosecution. The first and most obvious effect is a leveled out poker world since the indictments, a world where even the smallest pokers sites have gained a leg up on the competition; at least until they too have to process cashouts in front of the watchful eye of the DOJ.

There is positive news for online poker. It was announced Wednesday that Full Tilt Poker and PokerStars had struck a deal to regain the use of their respective dot-com sites. While players from the U.S. will still not be permitted to play for real money, the rest of the world will be able to use the sites for play.
In a press release, U.S Attorney for the Southern District of New York Preet Bharara said, «On April 15, this Office and the FBI took specific legal action against 11 individuals who allegedly engaged not merely in the operation of illegal gambling businesses, but in massive wire fraud, bank fraud, and money laundering, despite repeated warnings and clear notice that their conduct was illegal in the United States. No individual player accounts were ever frozen or restrained, and each implicated poker company has at all times been free to reimburse any player’s deposited funds. In fact, this Office expects the companies to return the money that U.S. players entrusted to them, and we will work with the poker companies to facilitate the return of funds to players, as today’s agreements with PokerStars and Full Tilt Poker demonstrate.»

I received this email from fulltilt today: “We’re contacting you following the recent actions by the U.S. government last Friday 15th April. As you may be aware, Full Tilt Poker is unable to accept “real … Read more

Full Tilt Poker has issued a response to Friday’s dramatic crackdown on U.S. online poker. The site has suspended real-money play for U.S. players but insists it has done nothing wrong.
Full Tilt Poker has responded to the U.S. Department of Justice’s indictment on Friday, issuing a statement today on several websites and blogs.

Dear User, As you may have heard, due to recent developments in the USA, we had to make changes to our website address. We have moved the PokerStars website to www.pokerstars.eu. Our Support email address … Read more 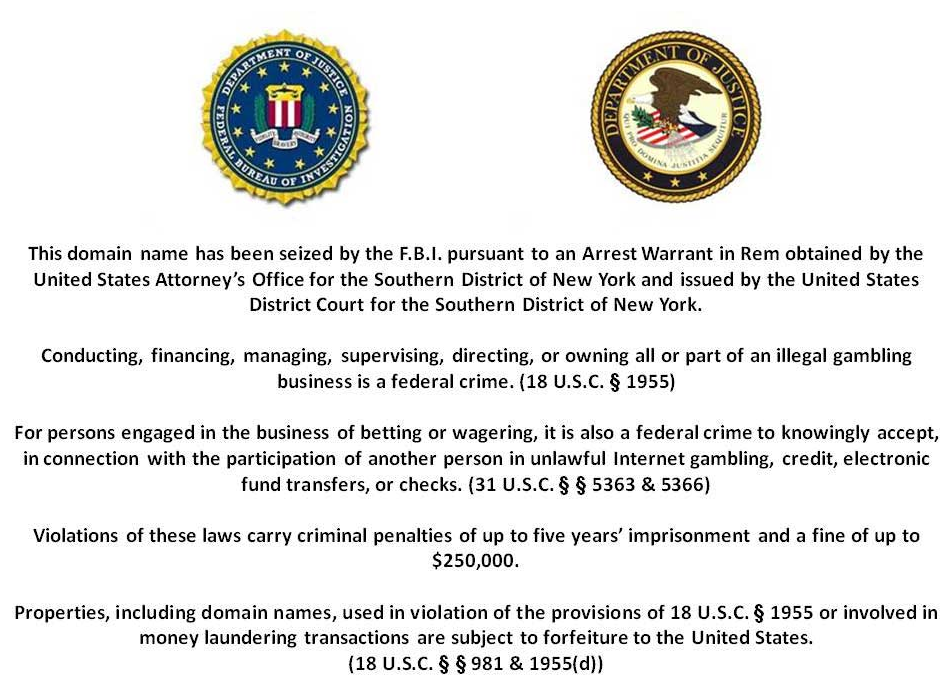 April 15, 2011, will come to be known as Black Friday in the poker community. The online poker world that we have become used to over the past decade is forever changed.
The indictments revealed by the U.S. Southern District of New York against the owners of PokerStars, Full Tilt Poker and Absolute Poker are serious. The short-term outlook for online poker is grim.
PokerStars already has stopped serving the U.S. market. I expect Full Tilt Poker and probably Absolute Poker to follow. I would not expect these sites to serve the U.S. market again until after online poker is officially legalized, licensed and regulated in the country. Even then, the chances of these sites obtaining a license have been severely impacted. Americans with money on the sites likely will get it back eventually but, as it did when the Neteller founders were indicted, it could take a while.